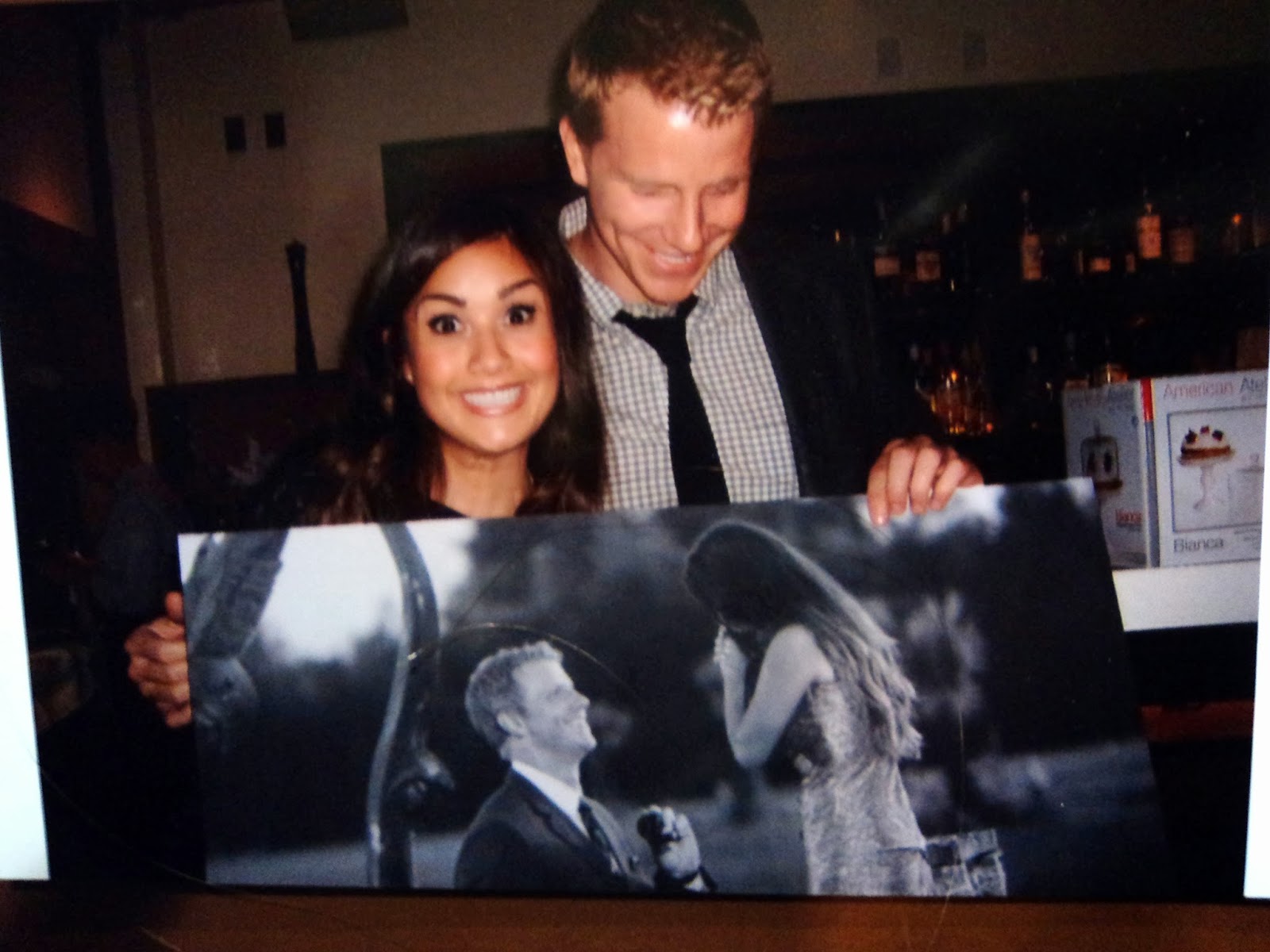 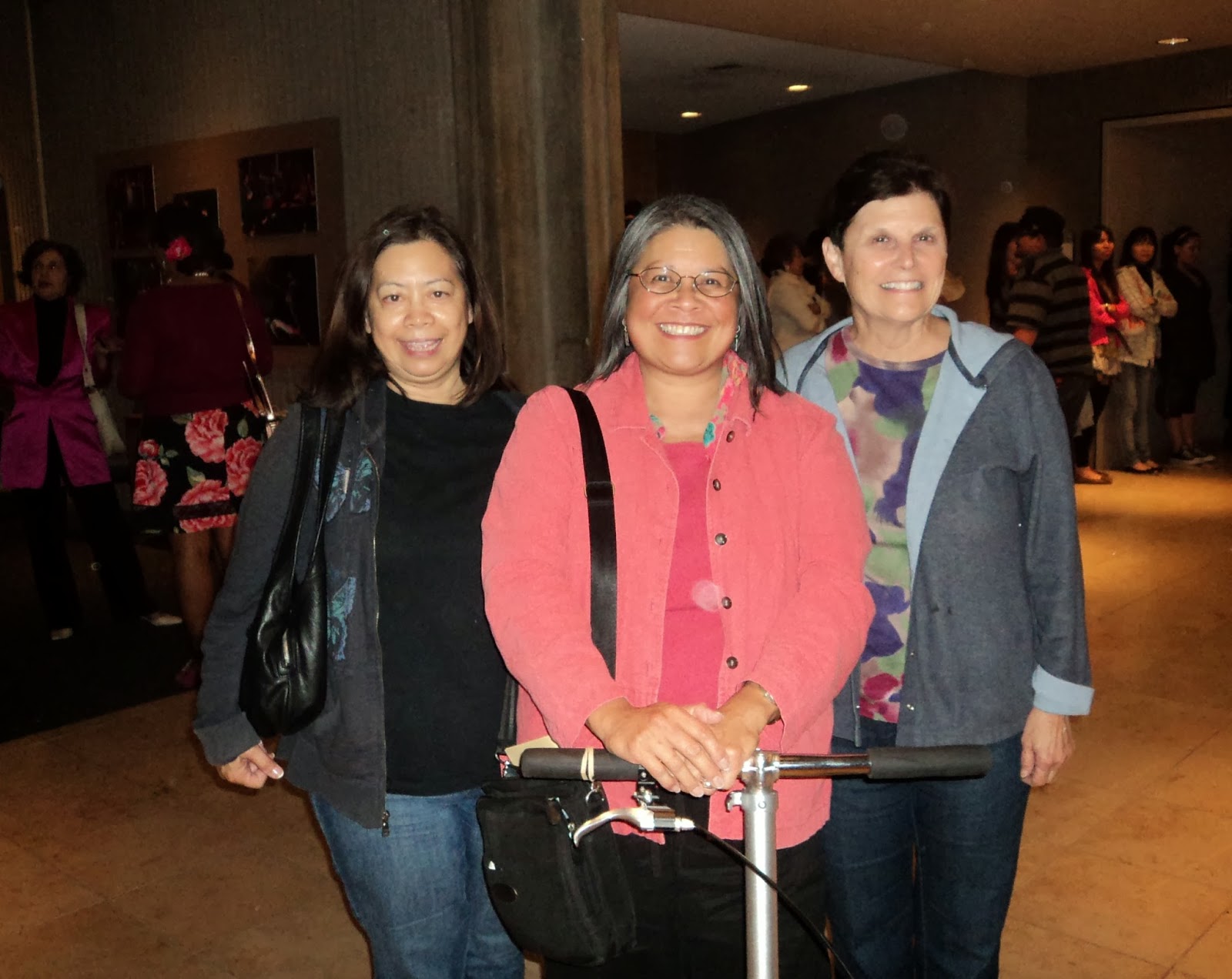 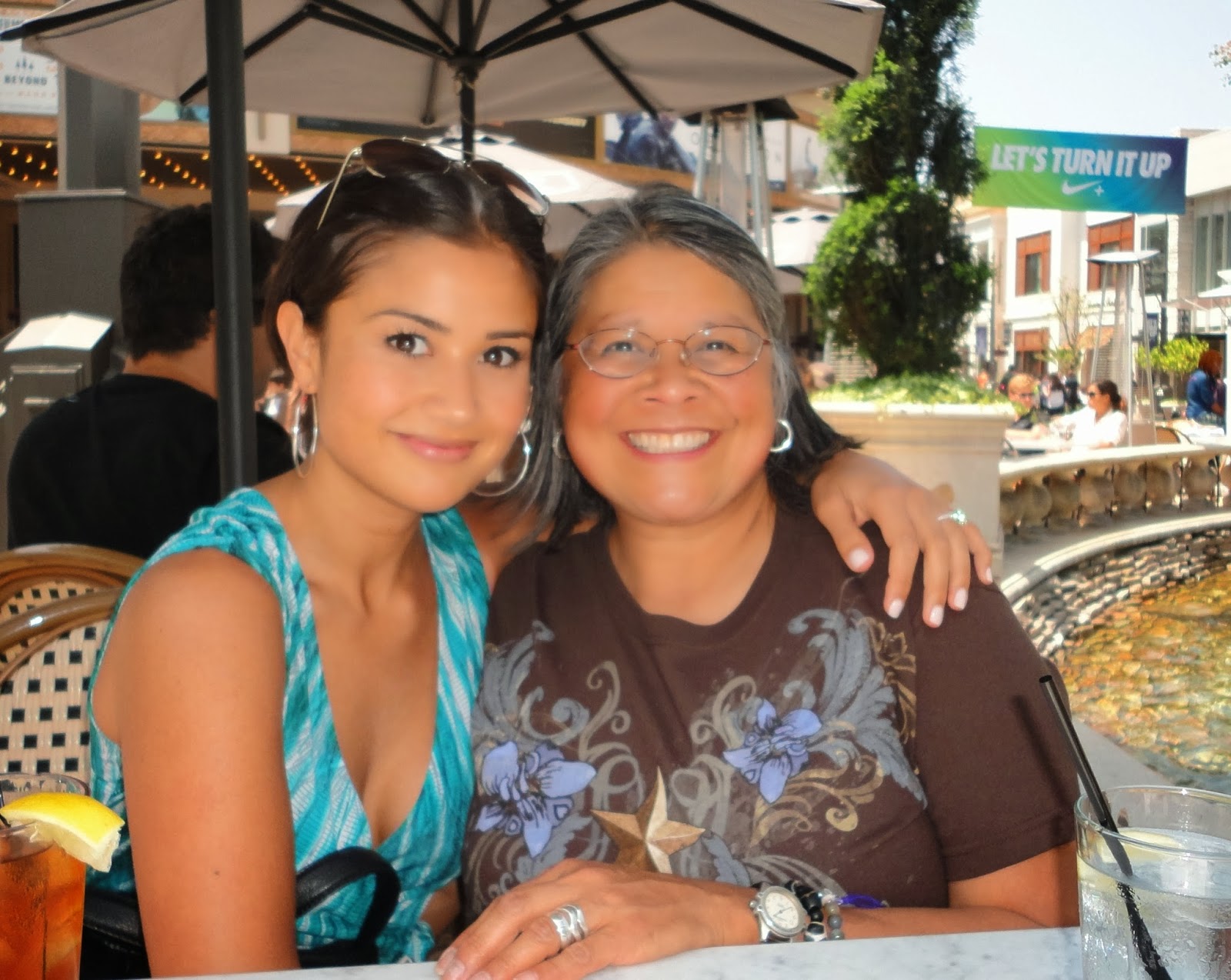 Cyn, the mother of Catherine Giudici – soon to wed The Bachelor Sean Lowe in a TV special – was eager to visit her long-time gal pal Sunny and share the latest news about the wedding on January 26, 2014. 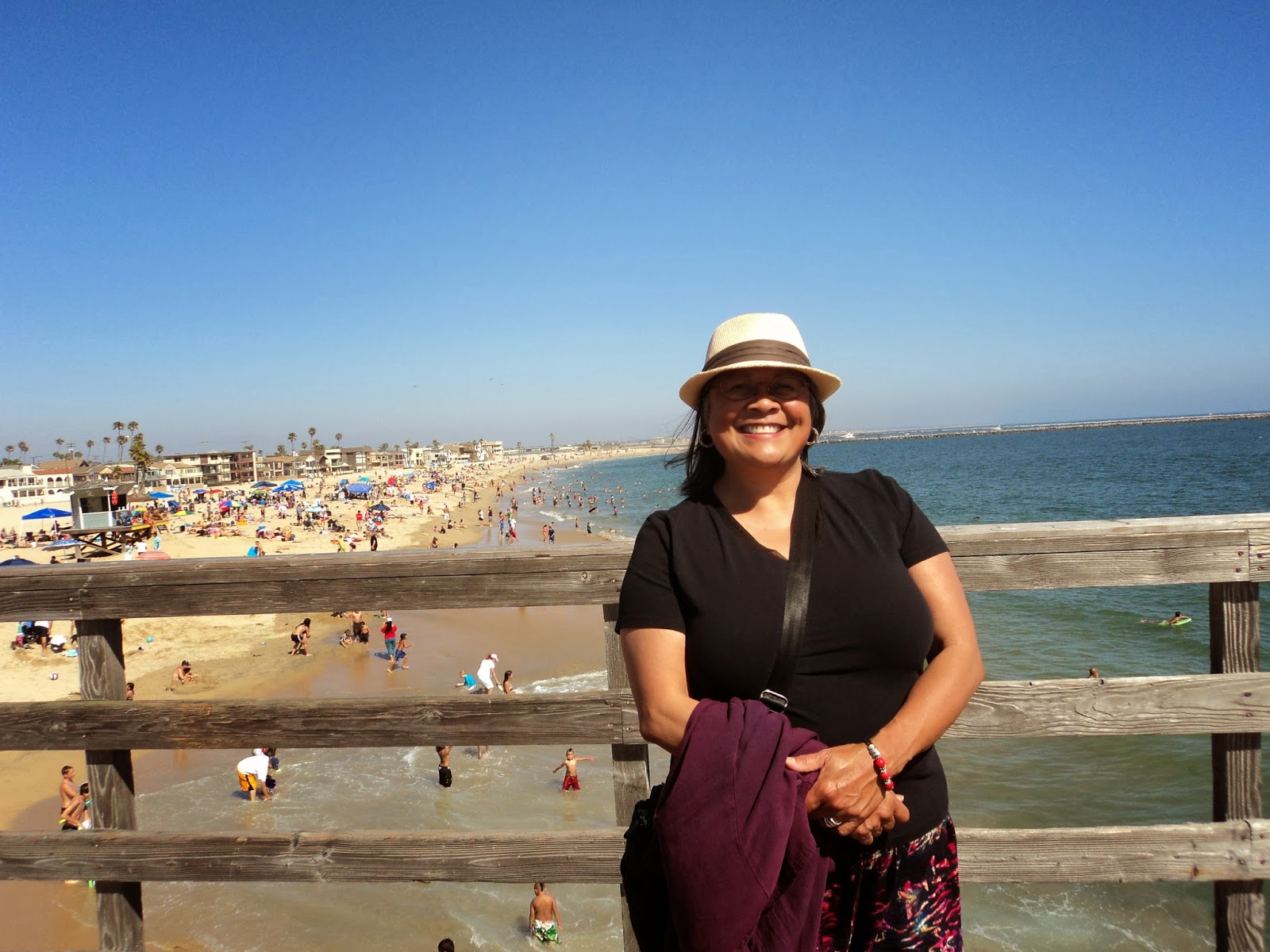 Cyn, who used to go to Huntington and Seal Beach with Sunny when they were teenagers, is still amazed by everything that’s happened this past year. “I was naturally cautious of Sean coming to my home in Seattle to ask my approval of his marriage to Catherine since it was totally out of left field,” she confided to Sunny. “It all happened so fast because of the show and I wondered if it was real or just made for television.” 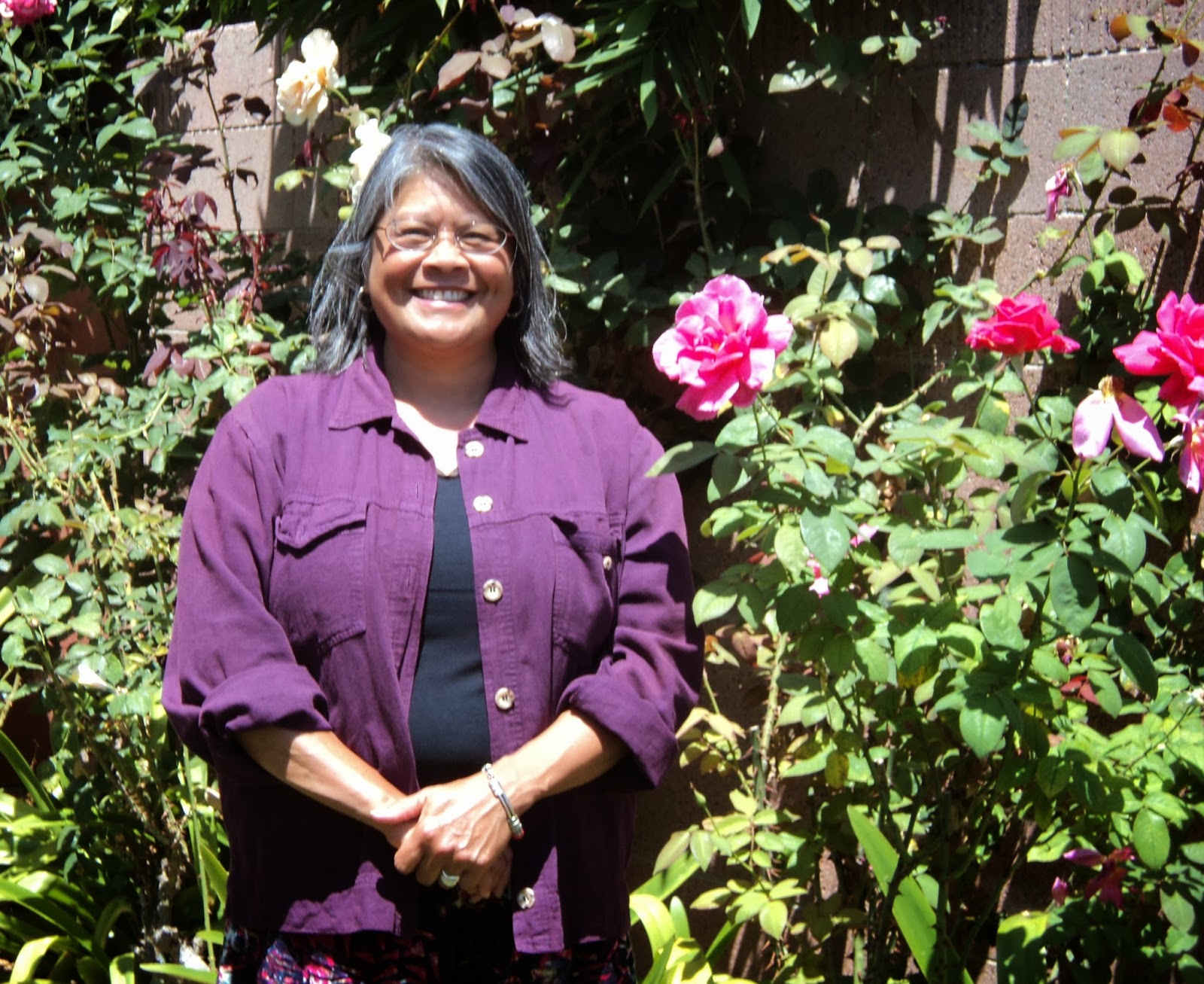 Cyn explained, “When Sean walked in the door I felt anxious and uncertain. I thought I saw in his face that he wasn’t comfortable with the situation.” That made her initially suspicious of his intentions and guarded with her emotions.

Cyn’s own discomfort was soon on display in the kitchen of her home as she and Sean made Filipino food together and tried to talk. More than cooking, her real goal was to get to know him.

“Thinking back,” Cyn said, “I realize that Sean was just overwhelmed by such a female-centric household. There he was surrounded by Catherine, her two sisters, Monica and India, me, and my mother.” There was a lot of tension and drama in the room, Cyn recalled, and the women were reluctant to accept Sean. “Catherine had been gone a month and now she was home with someone who was asking my blessing to marry her. It was such a bizarre situation.” 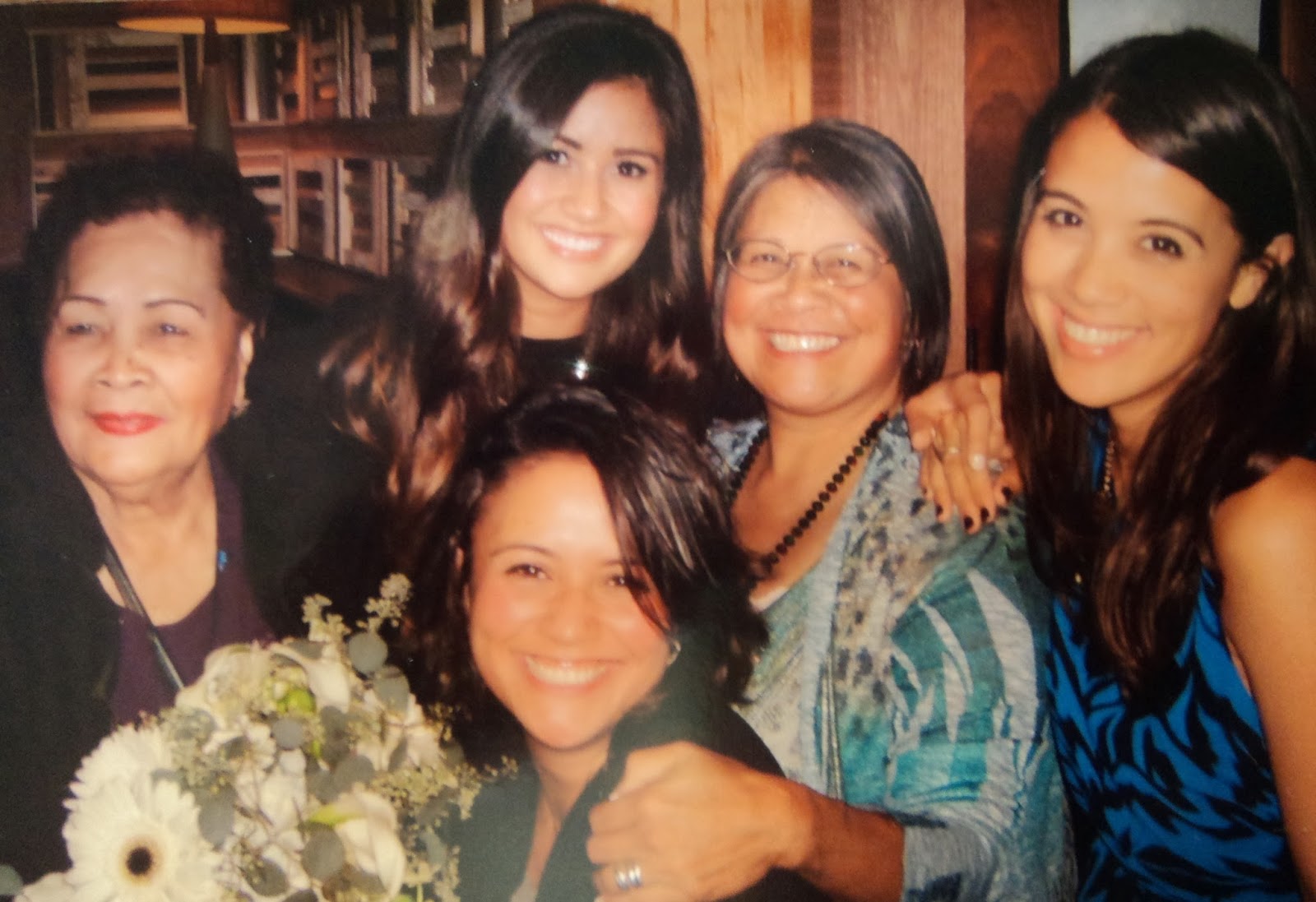 Now, though, Cyn knows that Sean and Catherine’s love is the real deal. “Their love and relationship developed during the show and they indeed fell in love with each other,” she said, showing SurfWriter Girls some personal photos from the engagement party on October 4, 2013, at the Ballard Annex Oyster House in Seattle. 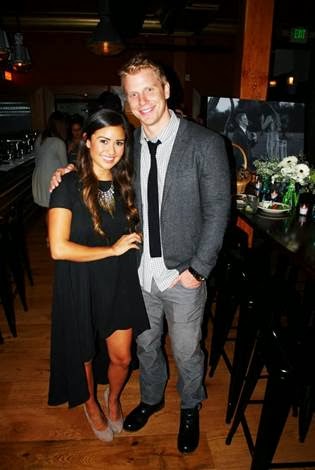 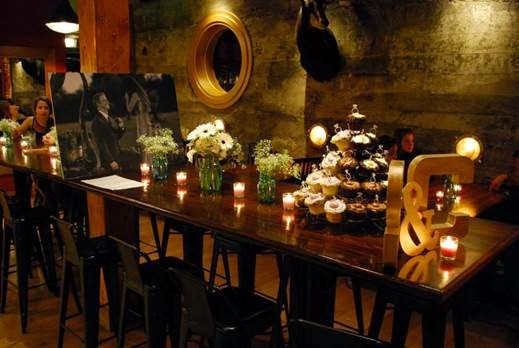 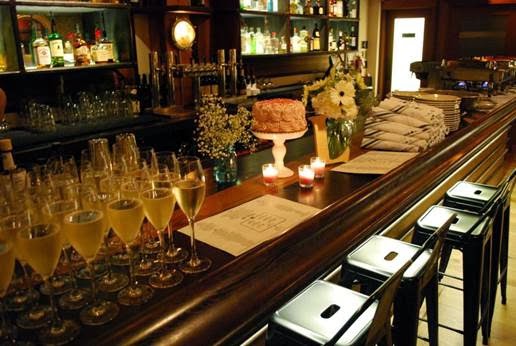 Cyn told Sunny, “One of the things that drew Sean to Catherine was the fact that she has her own identity and is independent. He was looking for someone who could not only be his wife, but his partner in life.” Catherine, a graphic designer, who has worked for Amazon.com, is self-assured and confident – just what Sean wanted. 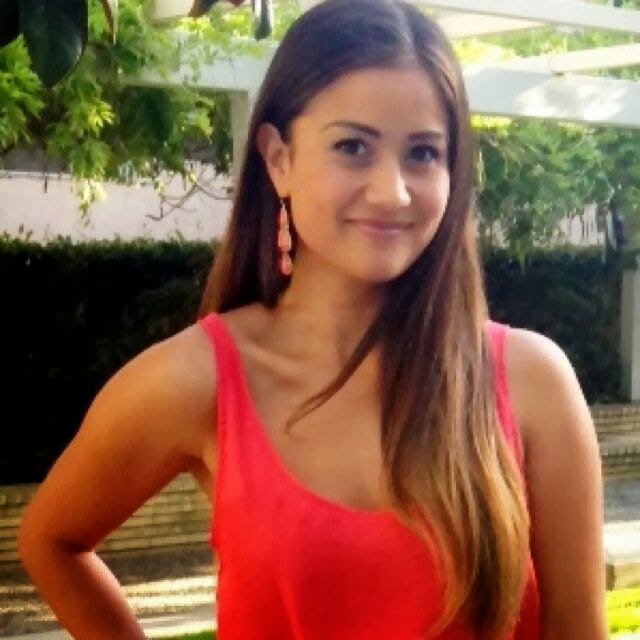 Now that Sean has been accepted by Catherine’s family her sisters feel a little bad that they were so hard on him during the home visit. They grilled him about his intentions and told him about Catherine’s shortcomings, including that her room’s always messy with clothes all over the place. 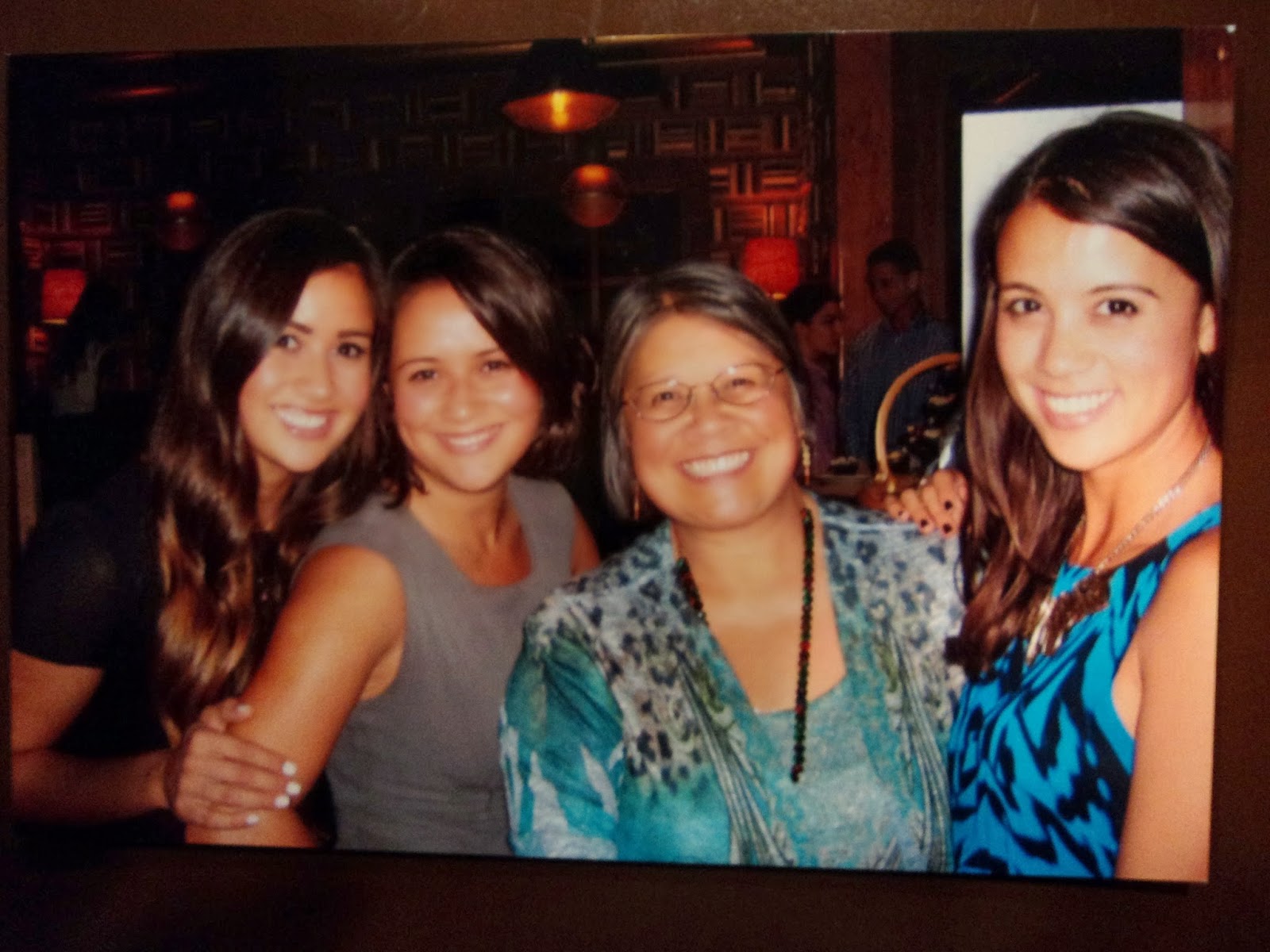 “Her sisters really threw Catherine under the bus,” Cyn agreed, adding that TV viewers criticized them for that.”

“They were just trying to protect Catherine, though,” Cyn explained to Sunny, “by showing Sean a more realistic side of her so he would know what he was getting into if he married her.” 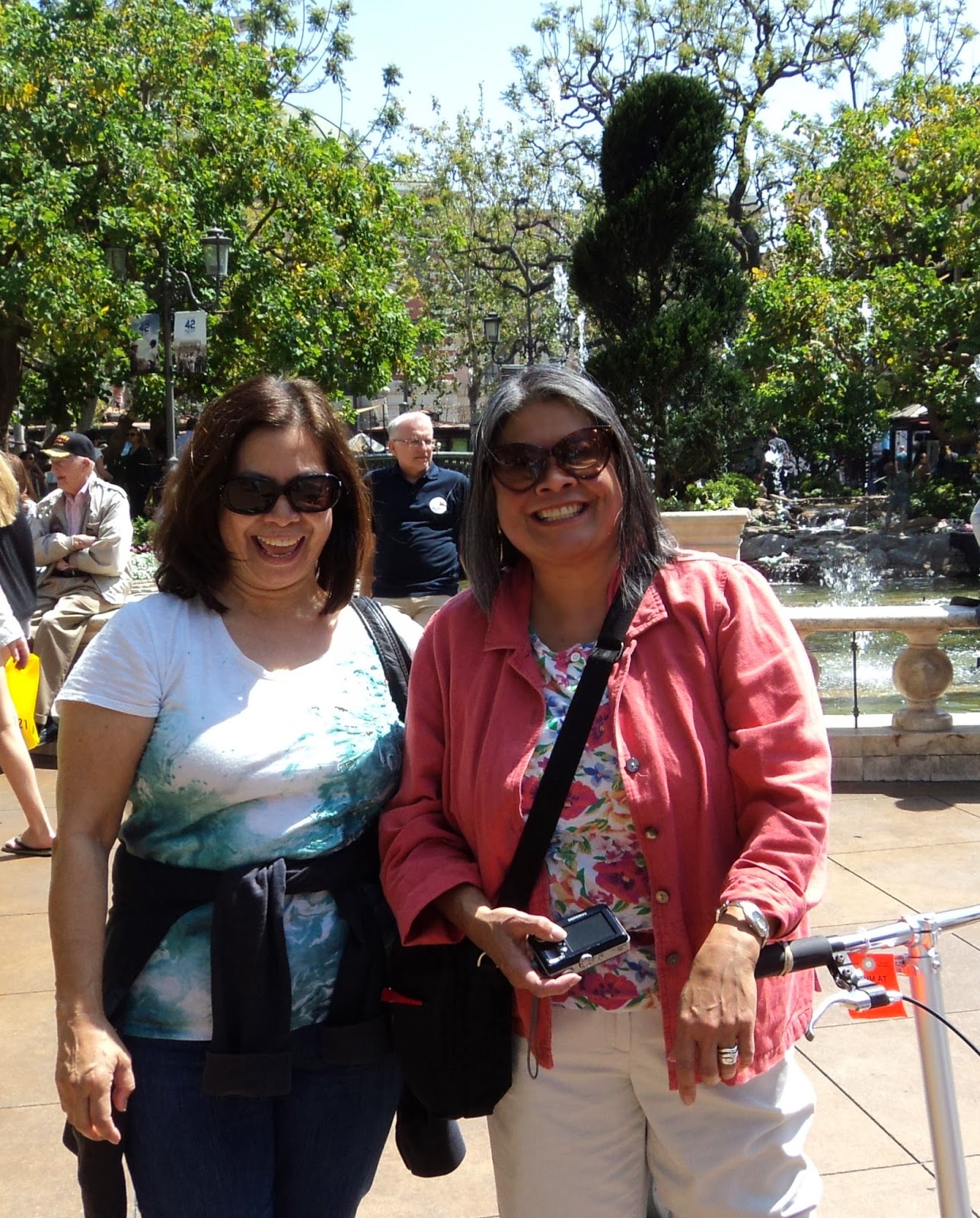 Now, with the wedding almost here, Cyn is eager to welcome Sean into the family. One of the ways he won her over was by writing her a personal letter. 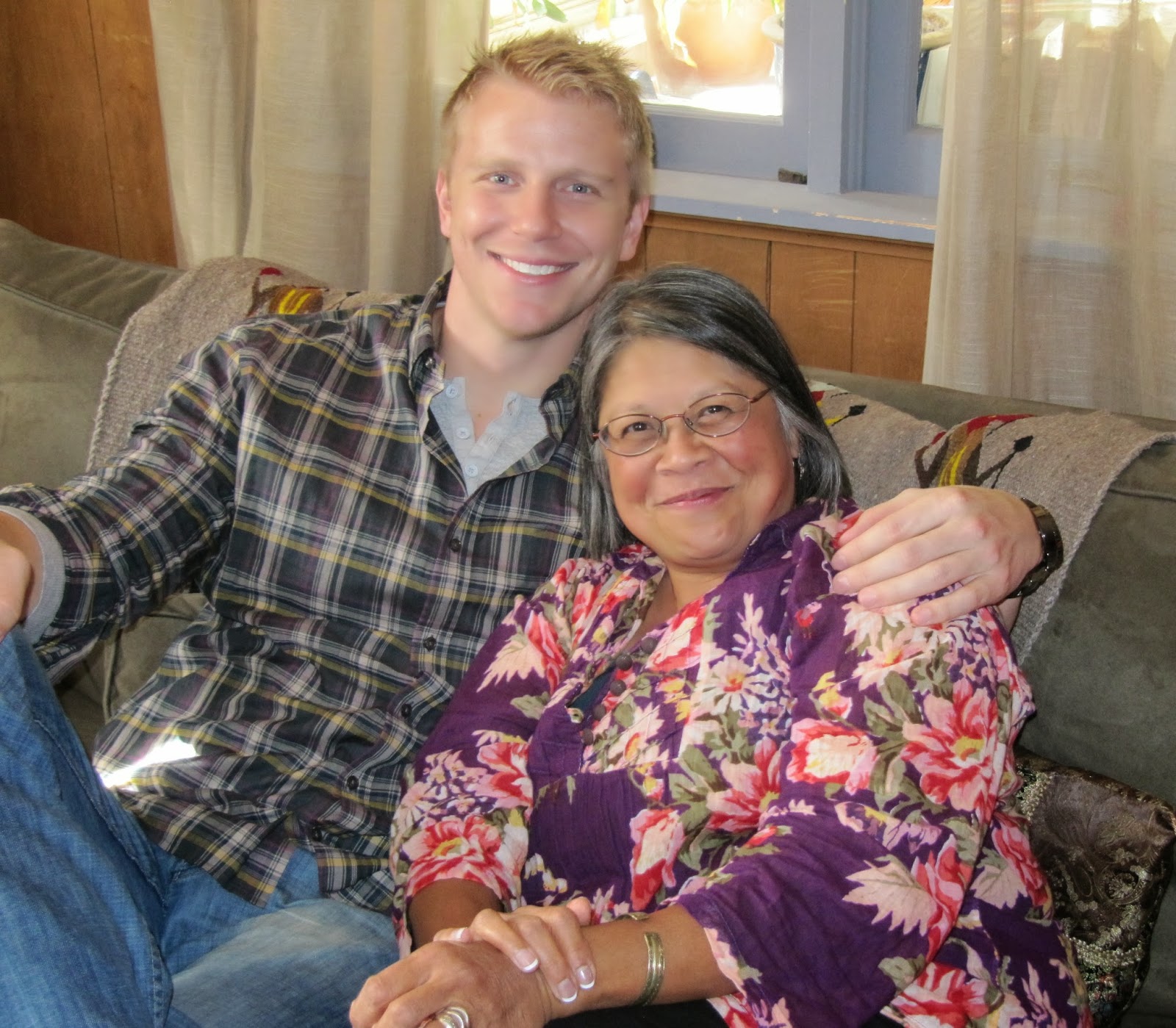 “After Sean proposed to Catherine in Thailand he wrote me a letter that made me realize how sincere his love for Catherine is.” Cyn told Sunny. Cyn didn’t reveal what the letter said, but obviously it touched her.

Cyn feels blessed that Sean will soon be her son-in-law. Now the only thing she has to worry about is what to wear for the wedding 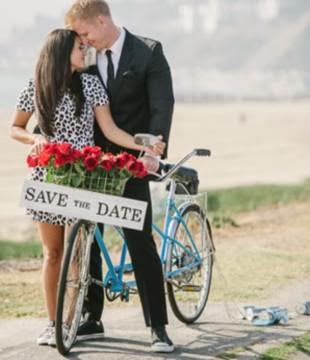 To help relieve any of Cyn’s lingering anxiety, Sunny and Patti gave her the perfect antidote – dark chocolate made with sea salt.

There wasn’t time on this visit for her to go to Huntington Beach or Catalina Island – a place Cyn loves for its beauty and tranquility.  But, next time Cyn is in Southern California SurfWriter Girls will take her to the beach. Maybe even Catherine and Sean can join us. 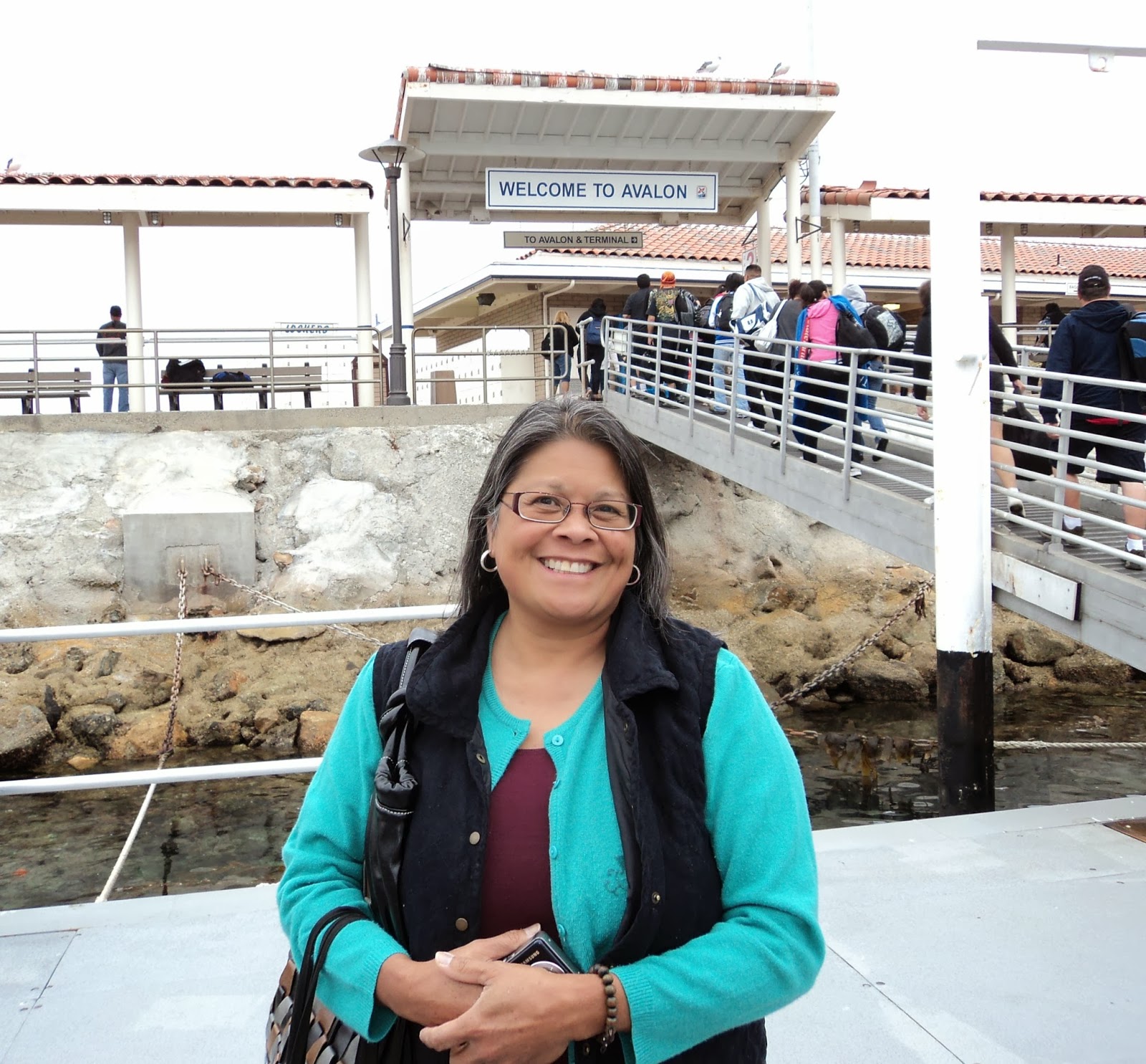 For now, we wish the new husband and wife to be much happiness and a life filled with love and adventures! 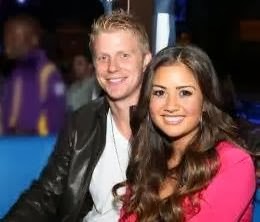 
Move to the Music! 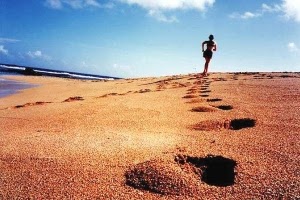 Now that the holidays are over and everyone is focusing on fitness, SurfWriter Girls Sunny Magdaug and Patti Kishel contacted workout music DJ Chris Lawhorn to find out the best way to energize your workouts. 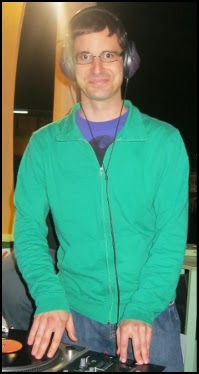 Whether you like to hit the gym or run or exercise on the beach, Lawhorn explains that having some good music on your headset can make a big difference, helping to put you in shape for your next paddle out, beach cleanup or volleyball game. 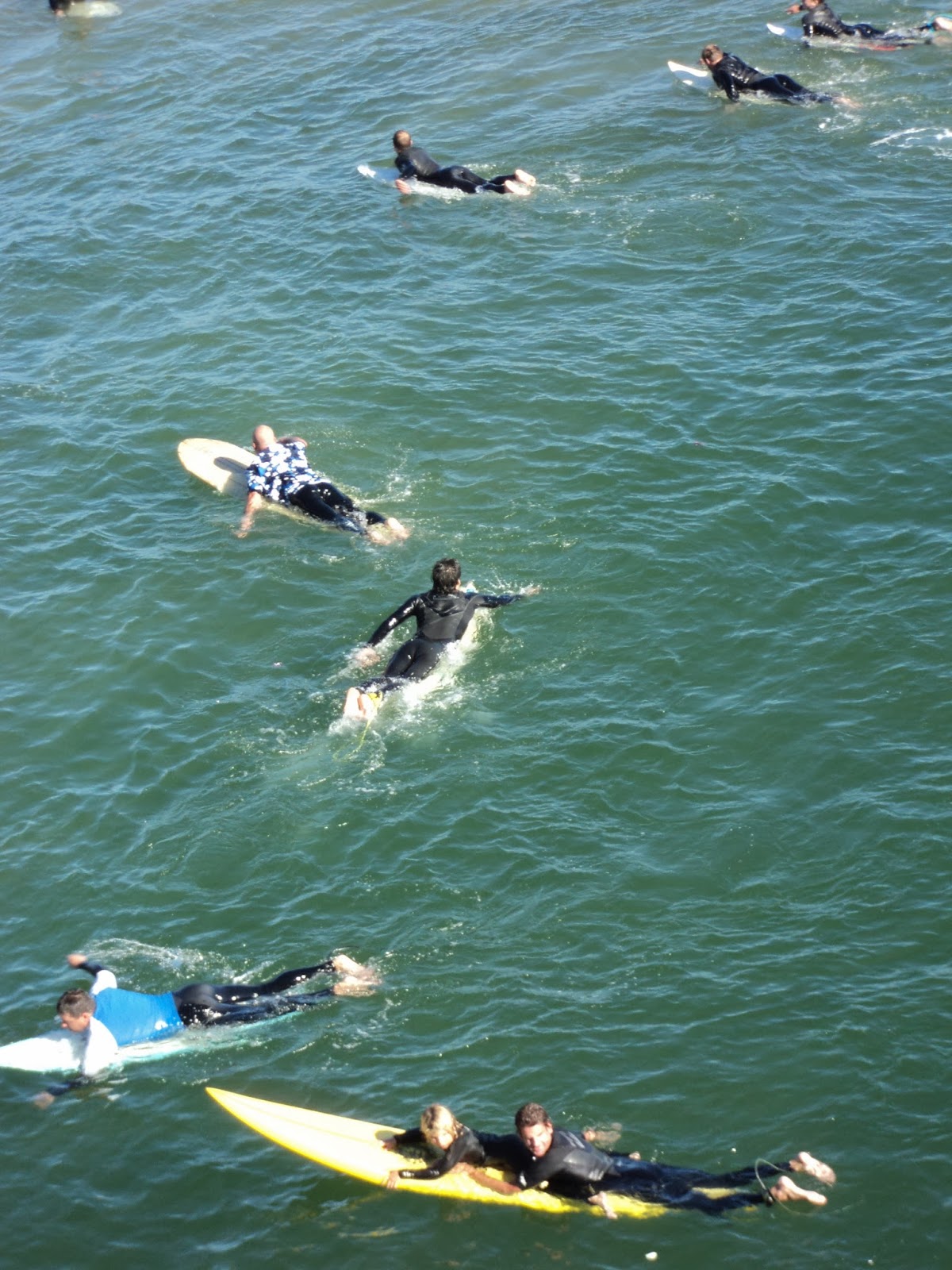 Lawhorn, a lifestyle contributor to Men’s Health, Real Age, Shape and Marie Claire magazines, knows how to use music to the maximum effect when you’re working out. Combining music and metrics, he not only looks for the best songs, but calculates the “beats per minute” for each selection so you can be your own DJ and set the pace you want. 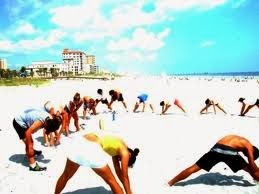 Take a look at the list of songs below that Lawhorn shared with SurfWriter Girls to see which songs were the most popular for 2013. “If you’re looking for a few tunes to jump start the New Year – and possibly a new you – the list provides ten great places to start,” Lawhorn advises.

Whatever your workout mood or goals, chances are there are some songs that can get you pumping.

For the songs you want to listen to in 2014, check out Lawhorn’s free music database at RunHundred.com. It’s the world’s most heavily trafficked workout music blog and you’ll find lots to choose from. You can browse the song selections there by genre, tempo, and era to find the music that best fits with your particular workout routine.

Lawhorn puts together new compilations of workout music each month – based on the votes cast by the subscribers to his website – so there’s always something fresh there waiting for you to discover.

With all the music choices, there’s no excuse not to get moving to the beat! Whether it’s walking, running, cycling, aerobics or martial arts, now is the time to kick your beach workout routine into high gear. 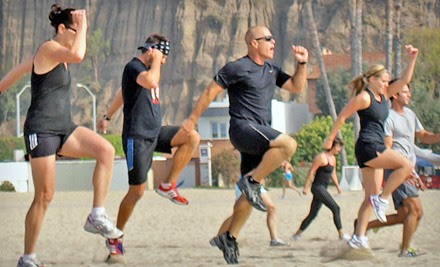 And the Beat Goes On!