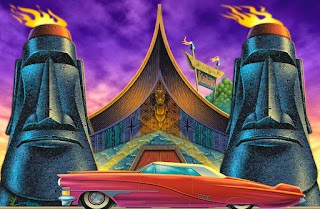 Local artist Doug Horne always knew that he wanted to be an artist. “For me, it’s an escape,” he said.

After graduating from the Colorado Institute of Art he worked for ad agencies and in-house art departments. But, he really wanted to paint. So, he quit his job and began painting full-time…and “never looked back.” 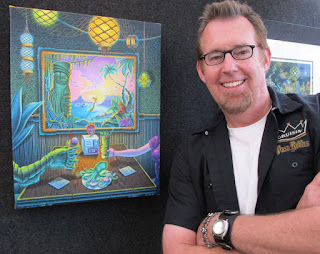 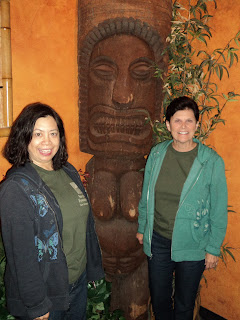 “I’ve always been interested in mid-century modern design, architecture and all the collectibles from that 1940’s through 60’s era.” 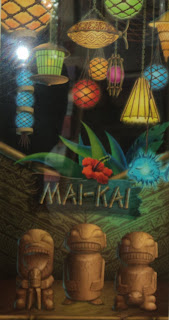 “My work reflects my interests in deco style, tiki lounge, and atomic futurism,” said Horne. His creations typically include images that are a mix of past and present pop culture. “This provides an endless source of inspiration and possibilities for me. This creative energy is what I thrive on and to live for.”


Horne, who is revered among tiki art collectors, is known for his fanciful paintings and off-beat island locales, such as the Swamp Fire Lounge, Zombie Cove, Forbidden Island, and the Mai-Kai, based on a Fort Lauderdale beach bar. 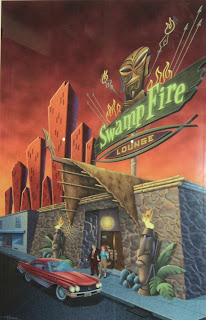 The women in Horne’s paintings are sultry and shapely – a blend of film noir femme fatale and Bali Hai beauty. Whether beckoning you to an island rendezvous or draped seductively over a bar stool, they exude danger. 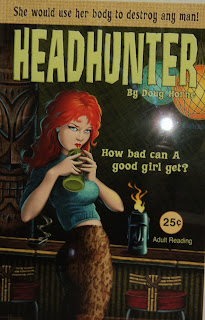 Horne’s legion of followers knows to look for the ever-present monkeys that populate his island world. Playful and mischievous, they can pop up anywhere…in a hip nightclub or even behind the wheel of a race car. 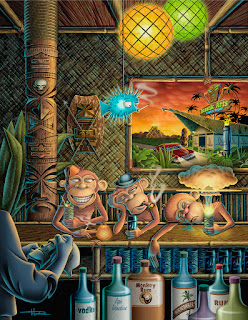 In addition to his electrifying paintings with their neon colors and other-worldly environments, Horne likes to create Tiki mugs and his distinctive designs set him apart from other artists.

Something else that sets Horne apart is that he designed Fender’s Art-coustics Tiki Art Series guitars, a collection of four guitars with charmingly unique Hawaiian Tiki art themes adorning each guitar.

When news of Horne’s island motif collection was announced in 2009 Fender proclaimed, “Light those patio torches and mix the rum punch!” 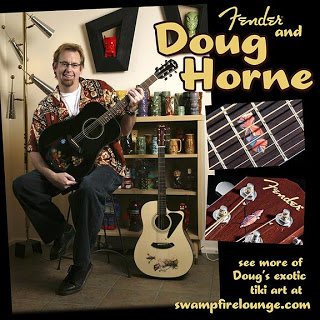 Horne’s escapist designs on the guitars’ mahogany bodies give off an exotic vibe of faraway places and mysterious people, combining elements of humor and the unexpected. The four, highly-coveted guitar designs are: Tiki Femme Fatale; Monkey Business... 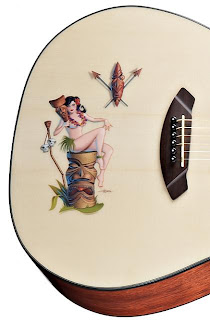 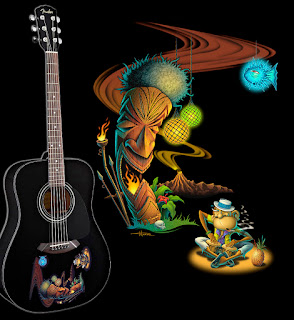 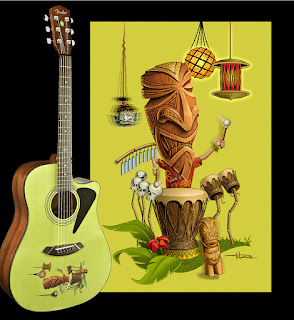 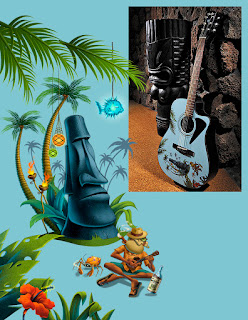 After seeing the finished guitars emblazoned with his handiwork, Horne remarked that he was so pleased with the outcome “I should start playing —you’re never too old to learn.”

Horne insists that “the tiki culture is alive and well! There’s a lot of music and artists—carvers and painters—out there. I think it’s still growing. I really think of it as kind of an art movement, as opposed to a quirky kind of kitschy thing, which is kind of how it was thought of back in the ’80’s.”

You can see Doug Horne’s paintings and tiki mug creations on his website www.swampfirelounge.com. 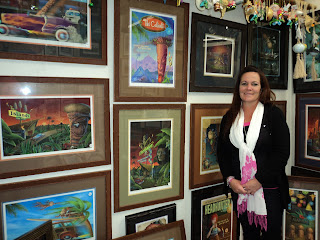 And, if you’re interested in a weekend getaway, head out to Palm Springs May 17-19, 2013, for the Tiki Caliente event, which “celebrates the art, drinks, sounds and smells of Old School Hawaiian living.” 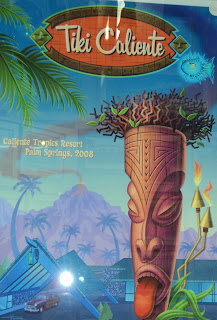 The festival organizers describe it as “a great way to unplug from the modern day world and escape into a more primitive style entertainment and relaxation.”

When you’re driving out there, just watch out for Doug Horne’s playful monkeys. There’s no telling where they’ll turn up. 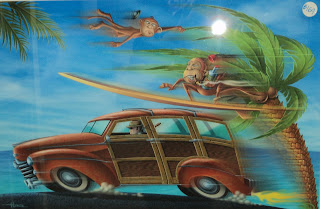