How would you rate your beach? Not just on its surfing conditions and location, but on how it's holding up to climate change, shoreline erosion and extreme weather. 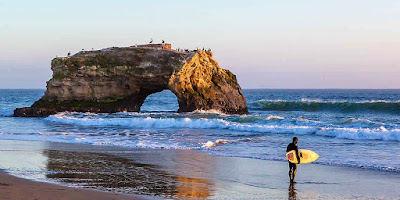 The Surfrider Foundation just released its annual State of the Beach Report Card, which grades 30 U.S. coastal and Great Lakes states and Puerto Rico on their policies to protect their coastlines. 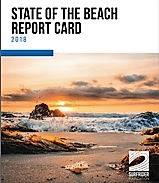 The results for the past year aren't good, revealing that 23 of the 31 areas assessed are performing at only "barely adequate to poor levels."

Just eight states - California, Connecticut, Maryland, Massachusetts, New Hampshire, Oregon, Rhode Island, and Washington - are doing a "fair or better" job. California leads the pack with the only "A." 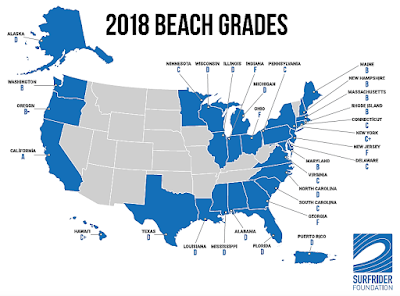 This is critical both to the environment and the economy. As noted in the report authored by Stefanie Sekich-Quinn, coastal erosion causes approximately $500 million in property loss annually in the U.S., including damage to structures and loss of land. Along with this, to mitigate erosion impacts, the federal government spends an average of $150 million every year on beach replenishment and other shoreline erosion control measures. 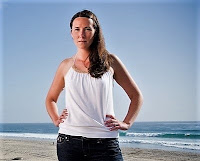 If something isn't done, scientists predict that sea levels could potentially increase by up to six feet by 2100, causing chronic flooding of up to 2.5 million homes and affecting coastal economies, public access, recreation and healthy ecosystems. 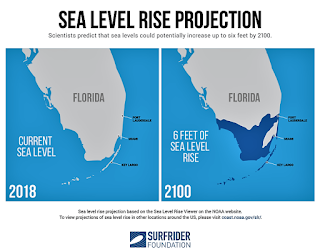 The report emphasizes that significant policy improvements are needed. So is continued federal support for the Coastal Zone Management Act and funding for agencies such as the National Oceanic and Atmospheric Administration (NOAA).

With the right policies and support in place our efforts can take flight. 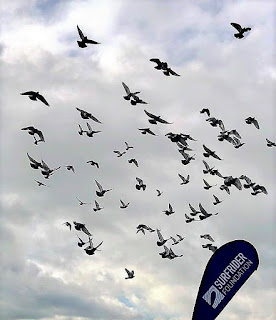 Sekich-Quinn gives part of the credit for California's top rating to the California Coastal Act, which was passed in 1976. 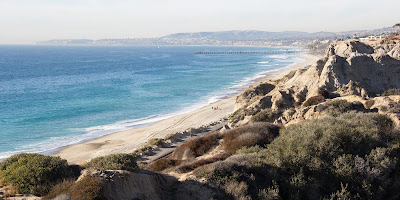 Protecting our oceans, waves and beaches takes work. When it comes to making environmental decisions or taking a side, we need to determine what’s important to us. 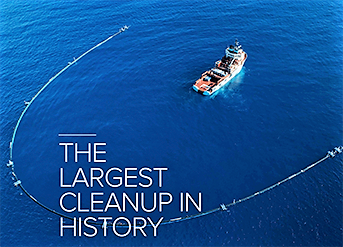 Like an intrepid Star Wars droid only bigger, System 001 – a 2,000 ft., U-shaped floating barrier – is on an incredible journey to save the world's oceans from trash.

Launched from San Francisco Bay September 8th, System 001 headed out to the Great Pacific Garbage Patch – 1,200 nautical miles away between California and Hawaii – on a Herculean quest to remove the tons of debris circulating in the massive ocean gyre, which is more than twice the size of Texas. 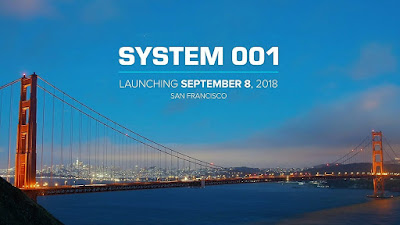 “Today’s launch is an important milestone, but the real celebration will come once the first plastic returns to shore," said Dutch inventor Boyan Slat, the 24-year-old founder of Ocean Cleanup, the non-profit that created System 001. "For 60 years, mankind has been putting plastic into the oceans; from that day onwards, we’re taking it back out again," he emphasized. 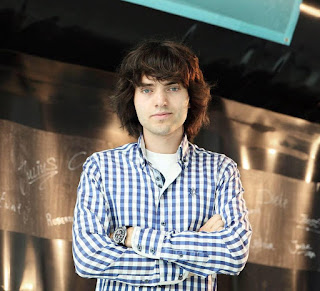 With 1.8 trillion pieces of debris trapped in the gyre – a giant spiral of swirling ocean currents – System 001 has an enormous task ahead of it. One that many wonder if it can be done. 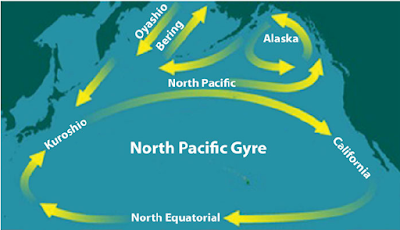 Marcus Eriksen, co-founder of the Five Gyres Institute, says that much of the plastic System 001 hopes to remove has already been shredded into micro-particles and distributed below the waves where the barrier won't reach it. 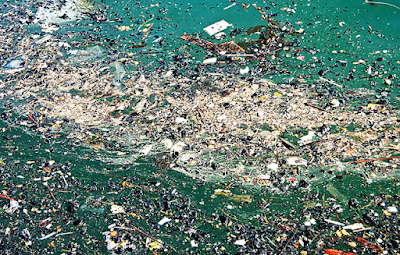 Eriksen and other oceanographers are also concerned that the system might break up and disintegrate in rough water, putting more debris in the ocean. Or inadvertently catch sea life drifting in its path. 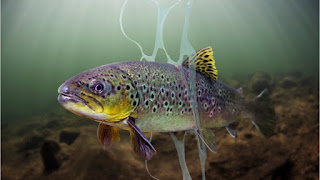 And, indeed, just recently a 60-ft.-long end section of the device broke off, putting the project on hold for repairs that could take several months. This is a set-back that comes just two weeks after some glitches with the system's ability to contain the trash it captures and keep from flowing back into the ocean.

Undeterred, though, Slat believes that his system, once modifications have been made, is still up to the challenge. The young inventor told the media, "There is slight disappointment, because we hoped to stay out there a bit longer to do more experiments. But there is no talk whatsoever about discouragement.” 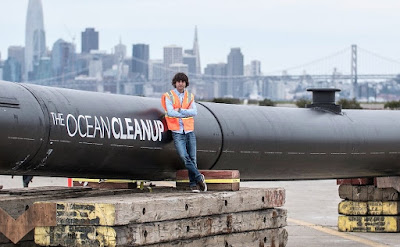 Some high-profile investors – including PayPal founder Peter Thiel and Salesforce.com CEO Mark Benioff – are optimistic, too. Along with transport firm A.P. Moller, which donated its ship the Maersk Launcher, to tow the system out to sea. 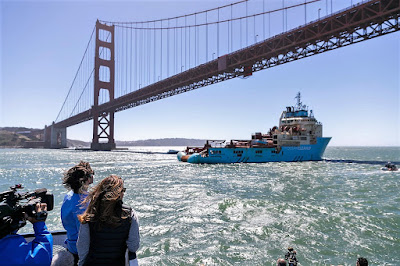 System 001, with its $20 million floating boom and underwater netting ocean cleanup system, is the first of several dozen systems Slat hopes to launch. Each one is projected to collect 150,000 pounds of plastic each year. Propelled by both wind and waves, the systems are designed to catch debris as it crosses their paths, capturing it in U-shaped barriers for storage until it is transported to shore for disposal and recycling. 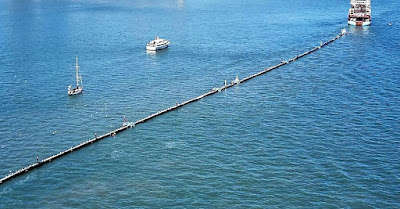 Once a full-scale system roll-out begins, Slat's dream is that by 2023 half of the Garbage Patch will be cleaned. And, ultimately, by 2050 the oceans themselves.

Can it be done? Only time will tell. Inventors, scientists, artists and dreamers know what it's like to push the boundaries of possibility. In his long quest to develop the light bulb, Thomas A. Edison said of all his failed attempts: “I have not failed. I've just found 10,000 ways that won't work.”

Film icon Audrey Hepburn is another one who refused to let insurmountable challenges stop her. 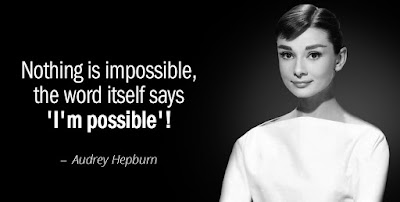